The latest app by Wave 1 is Letter Shapes available on iPad, iPhone and iPod touch from the App Store.

Letter Shapes is an educational app aimed primarily at children aged 3-6. It’s aim is to help children to learn correct handwriting techniques. Letter Shapes teaches children how to form each number and letter of the alphabet by providing a numbered dotted-line guide for them to trace with their finger or a suitable touch screen stylus.

Each letter and number is also accompanied by a short sound clip stating it’s name and pronunciation.

A unique feature over similar apps is the ability for parents to create their own lists of words tailored specifically to their child. Any number of custom word groups can be created and it is also possible to record a short sound clip to accompany each word. 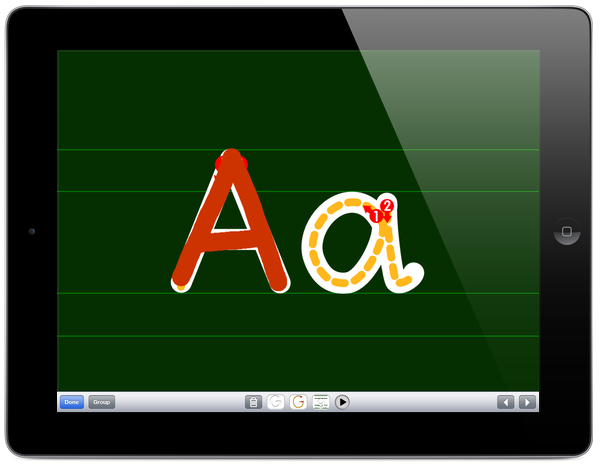 Click the following link for more information on Letter Shapes, or purchase Letter Shapes on the App Store now! A free trial version, Letter Shapes Lite, is also available, minus the ability to create your own custom word lists.

This site uses Akismet to reduce spam. Learn how your comment data is processed.